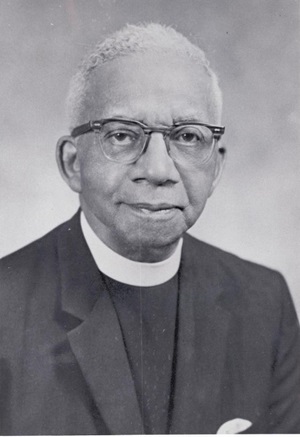 Fr. DuKette was born on November 11, 1890, the 18th of 27 siblings, to John and Letitia DuKette in Washington, D.C. At the age of 17, his family moved to Detroit, Mich., and he shared his desire to become a priest. He wrote many letters requesting admission to diocesan seminaries and religious orders but was consistently denied admission.

In 1916, his persistence was rewarded with acceptance to Loras Academy. His expenses were covered by a generous widow who had taken an interest in the young man upon meeting him in church.

Fr. DuKette graduated from Loras Academy in 1918 and continued his studies at Columbia College until his graduation in 1922.

After a bout with pneumonia temporarily halted his studies, Fr. DuKette persisted in his pursuit of the priesthood and was ordained in the Cathedral of Detroit on February 7, 1926. His ordination was marked by a large celebration that saw 200 alumni from Columbia College in attendance to honor his achievement. He was the first black Catholic priest ordained by the Archdiocese of Detroit. 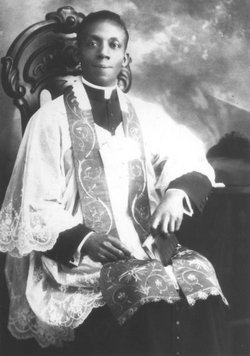 His first pastoral work began with the founding of the Church of St. Benedict the Moor in Detroit in 1927, then Fr. DuKette was sent to Flint, Mich., to establish a parish for black Catholics in 1929. He would remain in Flint for the rest of his life, creating the Christ the King Parish out of next to nothing. Fr. Dukette shepherded more than 100 families through their faith, as fiercely devoted to his flock as they were to him.

An example of this devotion occurred on a cold winter night when a man called upon Fr. DuKette. He found the priest bundled in his greatcoat and shivering as he read his prayers without heat. The man asked if Fr. DuKette had run out of coal for heat, but the priest replied that he was saving what little he had for Sunday Mass the next day so the attendees would be warm and comfortable.

Fr. DuKette retired in 1970 at the age of 80 and received an Honorary Doctor of Laws degree from Loras College. He was also honored by the Black Catholic Clergy Caucus as the oldest black priest in the United States in 1975.