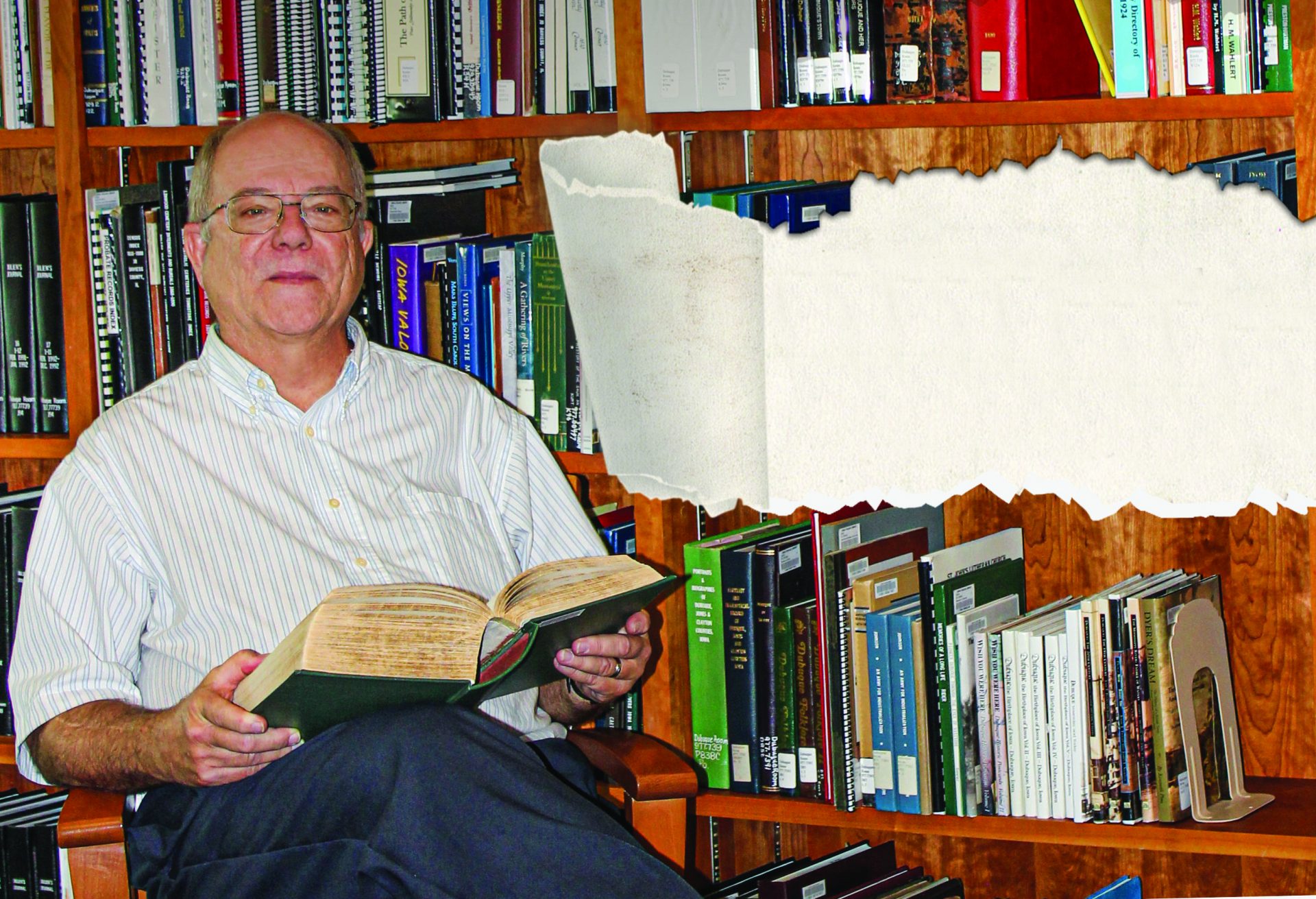 Nestled in a corner on the first floor of the Bill (A ’52) and JoAnne Miller Academic Resource Center, the Loras College Center for Dubuque History has seen its impact expand exponentially from a campus and community institution into a national and global resource.

The Center started in 1976 as Loras chartered the idea as a separate entity from the college library. Bob Klein (’59), the librarian at Loras at the time, had been collecting information on local history. Combining his efforts with those of Tom Auge, Ph.D., John Hess, Ed.D., Tom Goodman (’54) and the late Rev. William Wilke, Ph.D. (’50), the group determined that they could use the data to create an archive of Dubuque-area history. Over time, they were able to expand the collection through their continued efforts and donations. In 1983, Mike Gibson (MA ’91) was hired to serve as director of the Center. He has worked tirelessly to build the Center into a vital repository of both Dubuque and Loras College history. As a result, its role in the community, like its collection, has continued to grow.

“In some respects, we created a monster because the demand has continued to increase from local to national and, in some cases, international requests,” Gibson said. “The reference work is getting more challenging as we struggle to provide the research to answer every question.”

The collection consists of numerous archival items, from documents and maps to numerous photographs. Some, according to Gibson, are particularly unique.

“We are the keeper of the original handwritten city council minutes for Dubuque from 1837,” he explained. “They are the earliest municipal records in what would become the state of Iowa. They are one of a kind. It is neat to see what concerns of the citizens were at that time and how they mirror some of the concerns of today, particularly taxes. Of course, we’ve overcome other concerns, like hogs running loose.”

Another significant part of the collection is nearly 500 glass negatives of photographs taken around Dubuque in 1912. Some itinerant photographers came through the community and took pictures of people mainly at work – in offices, hospitals and factories.

“You see some of the deplorable conditions that people worked in before child labor laws and OSHA,” Gibson said. “We don’t have them all, but to have this many is almost unheard of for an institution our size. That collection alone has drawn a lot of publicity and has been a boon for us.”

The Loras College collection includes photographs, architectural plans and drawings, along with all yearbooks and student newspapers, both back to about 1924. There are Loras Academy materials as well. That is in addition to smaller items such as catalogs, class schedules, publications and other printed materials.

Over the past 10 years, a concerted effort has been made to integrate the Center into the studies of Loras students.

Kristin Anderson-Bricker, Ph.D., professor of history, has incorporated the Center into her curriculum in multiple ways, depending on the class.

“In my J-Term course The Forgotten Burial Ground: Understanding Dubuque through the Third Street Cemetery, the Center for Dubuque History plays a starring role. We use 19th-century Dubuque history – particularly that discovered at the Center – to create public history artifacts – such as podcasts and web pages – to teach the community about Dubuque’s past,” AndersonBricker said. “In United States Since 1865, I teach historical research and writing skills through an undergraduate-faculty research project on the 1918 influenza epidemic in Dubuque. For the past four years, students have been unearthing and digitizing materials located at the Center for Dubuque History about the epidemic, with the goal of one day creating an interactive website on the local experience of a global event.”

She explained that this kind of research helps connect students to their own communities as well as the past.

Local history immerses students in a familiar context. Although Dubuque might not be their hometown, they learn that the place they call home also has a unique and interesting history. It also enables me to assist digital natives in recognizing the value of saving and cataloging the stuff humans produce – so that future citizens can understand and reflect upon life today. Finally, it reveals a range of career options for those interested in history.”

“The Center is an extremely rich resource for media studies students producing documentary films on Dubuque-area stories,” he said. “There are certainly many tremendous stories to be told on Loras history, but the Center is also the first stop for historical pieces on those people, places and organizations that are unique to the tri-state area. It’s an invaluable resource for our program.”

“Every year we schedule a visit to the archive, and every year that experience serves as the impetus for a student film. That inspiration might be a single photograph, but it is the springboard that launches a student into an entire film project.”

That tie to education has proved to be the most important aspect of the Center’s impact to Gibson.

“The thing I have been most grateful for is how we’ve been able to do a lot with young people, including children,” he said. “We created a physical kit on local history in the late 1980s for third-grade classes in the area. It was so well received and the demand was such that it is now mandated that all third graders need to study Dubuque history, and I am so proud of that. Seeing young people embrace this is so wonderful. Education students here at Loras work with third graders at the local schools on Dubuque history, they bring them here to the Center and it culminates in an event where they present their research to parents and grandparents. Getting young people interested in history, especially local history and their past, has been one of the most rewarding parts of my 36 years here.”