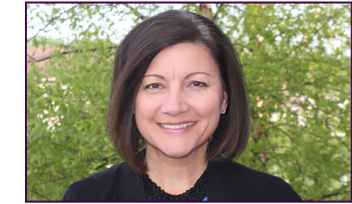 A regret turned into one of the best decisions Bobbi (Head) Earles (’88) ever made.

Earles, executive director of alumni communications, has worked at Loras College for 15 years. She graduated from Loras in 1988 with a Bachelor of Arts degree in Media Studies and American Politics. She then worked 14 years at KWWL-TV in Waterloo, Iowa, before Loras lured her home. Her Duhawk family includes her husband, Rich (’88) and their daughters, Alex (’17) and Emma (’22), who is a first-year student this fall.

For Earles, the thousands of students, parents, alumni, faculty and staff who also make up her Duhawk family share one goal. “We want to support our students. We want them to be successful,” she said. “That’s the common thread that makes this college so special.”

Many alumni return those sentiments by volunteering as mentors to current students, coming back to speak on campus, getting involved in Loras Networks around the country and making gifts to the College.

“Every donation counts no matter the size and ultimately enhances the Loras experience for our students,” Earles said.

Witnessing the impact alumni have on students isn’t the only thing she loves about her job. She is inspired by the people she meets and the people with whom she has reconnected.

“As a student, I took classes from professors and Loras icons like Dr. (Richard) Clark, Dr. (John) Bamrick (’53), Dr. (Robert) Cronin, Dr. (Roman) Ciapalo and Msgr. (James) Barta (’52). When I came back to Loras as a staff member, I was given the opportunity to develop those relationships in a whole new way.”

So, what about that one regret that led Earles to Loras more than 30 years ago?

“I love cars. My dad is a mechanic and I’m a little bit of a gearhead,” said Earles, who grew up in Maquoketa, Iowa, the daughter of Joan and Robert Head. When she was 16, she and her father spent a year restoring a dark green 1965 Ford Mustang Fastback.

“That’s my one regret,” she said with a laugh. “I sold it so I could go to Loras. It was a sweet ride, but look where it led me!”