While it is not uncommon for J-Term courses to be memorable, a new course this January is proving to be so much more. Associate Professor of Liturgical and Sacramental Theology David Pitt, Ph. D., is teaching “Eucharist: Banquet of Justice” though the Religious Studies program. Through it, students are connecting their religious experiences to community service and the results have been transformational.

“This has exceeded what I thought would be the case,” said Dr. Pitt. “I think precisely because of the way students have begun forming real relationships with the people they are serving and serving alongside.”

Also known as REL 222, the course is focused on taking liturgy and scripture and putting it into practice throughout the week. For three weeks, students attend formal classroom discussions, handle reading preparation, and perform 65 hours of community service. Students are able to move to different locations, but everyone is doing service at a minimum of two different services with some trying their hand in all locations. That combination has led to students forming bonds together and with those they are serving.

“What I have been seeing is almost a transformation of people in the classroom.” 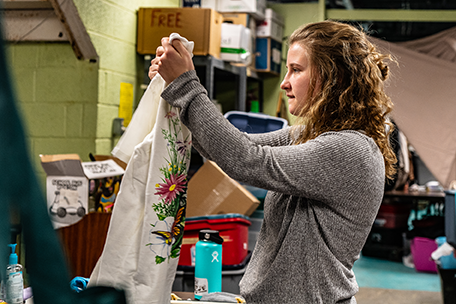 Due to the small timeframe, the students are serving the same people regularly at the Dubuque Rescue Mission, two local thrift shops, and Almost Home, a local shelter. Everyone is doing service at a minimum of two locations, while some are trying their hand in all locations.

Along with the classes and service, students have food networking experiences at two local restaurants in Dubuque, Convivium Urban Farmstead and Brazen Open Kitchen, where they focus on making their own dinners using ordinary food things in unexpected and extraordinary ways.

“This ties to the overall tone of the course as, in service, we do ordinary things and hold them as being models for our relationship with God,” Dr. Pitts explained.

Perry McGee (’94) is attending the class as he completes coursework in Philosophy.  Being the oldest student taking the course, he was initially unsure how he would fit in but quickly found common ground with first-year students also taking the course.

“What we are doing out in the community is phenomenal.  Inside the class, the connections and friendships and bonds being created in a short amount of time because of what we are going through together,” he said. “There is more in us that is alike than what I envisioned going in seeing mostly first-year students.”

McGee had a similar reaction to the course itself.

“It has been so much more than I envisioned,” he explained. “It exceeded my expectations and, though it may sound cliché, it has been life-changing. Going in, I was just thinking about doing the time, doing the service and getting the credits.  Having done limited service in the past, it has been an eye-opener to me.”

That initial uncertainty at the start of the course was not an uncommon feeling, according to Dr. Pitt.

“No one really knew what to expect the first day.  We met for a brief overview of the class, then went into an orientation of the rescue mission.  The first hint that things were taking a life of their own was eating and talking alongside others at the rescue mission and there was an unplanned coming together as they got to know these people. This has been profoundly changing.”

With the early returns so high, there is some consideration to keep doing this course moving forward, whether as J-Term, a summer course, or preserving the format for a regular semester course.

“I would like to see if we can move this forward because it has really been beyond my expectations.” 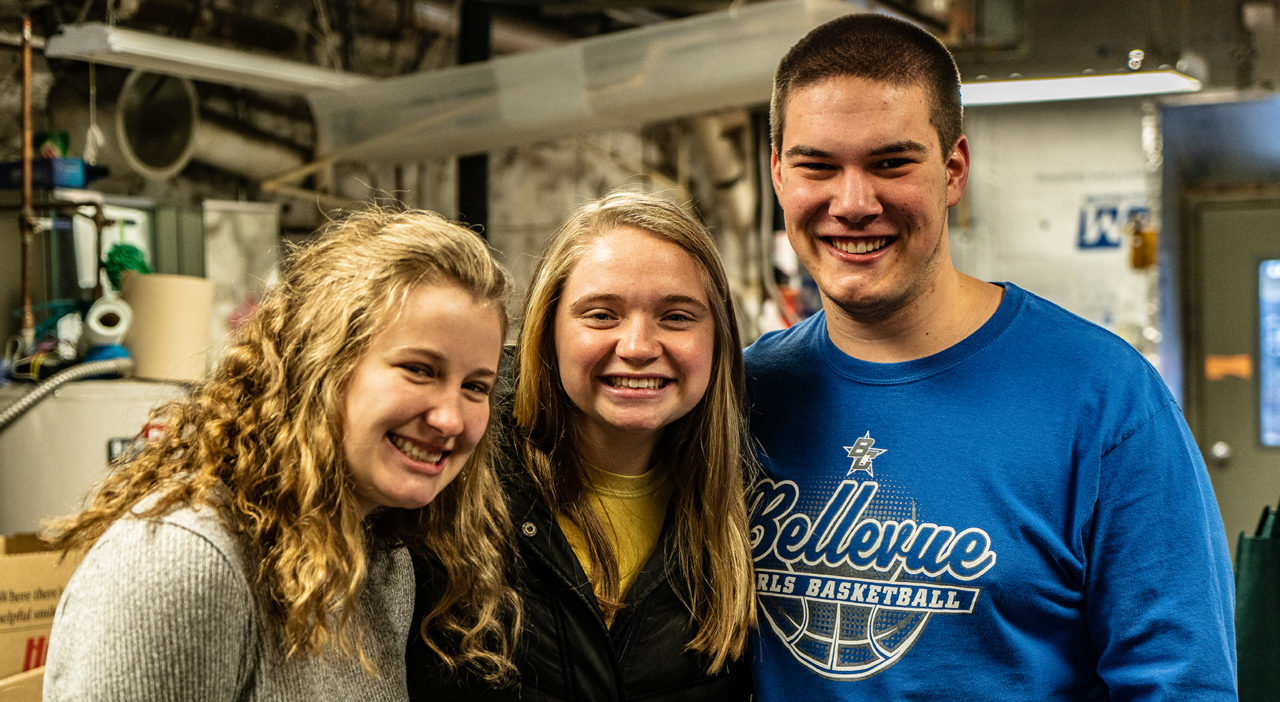