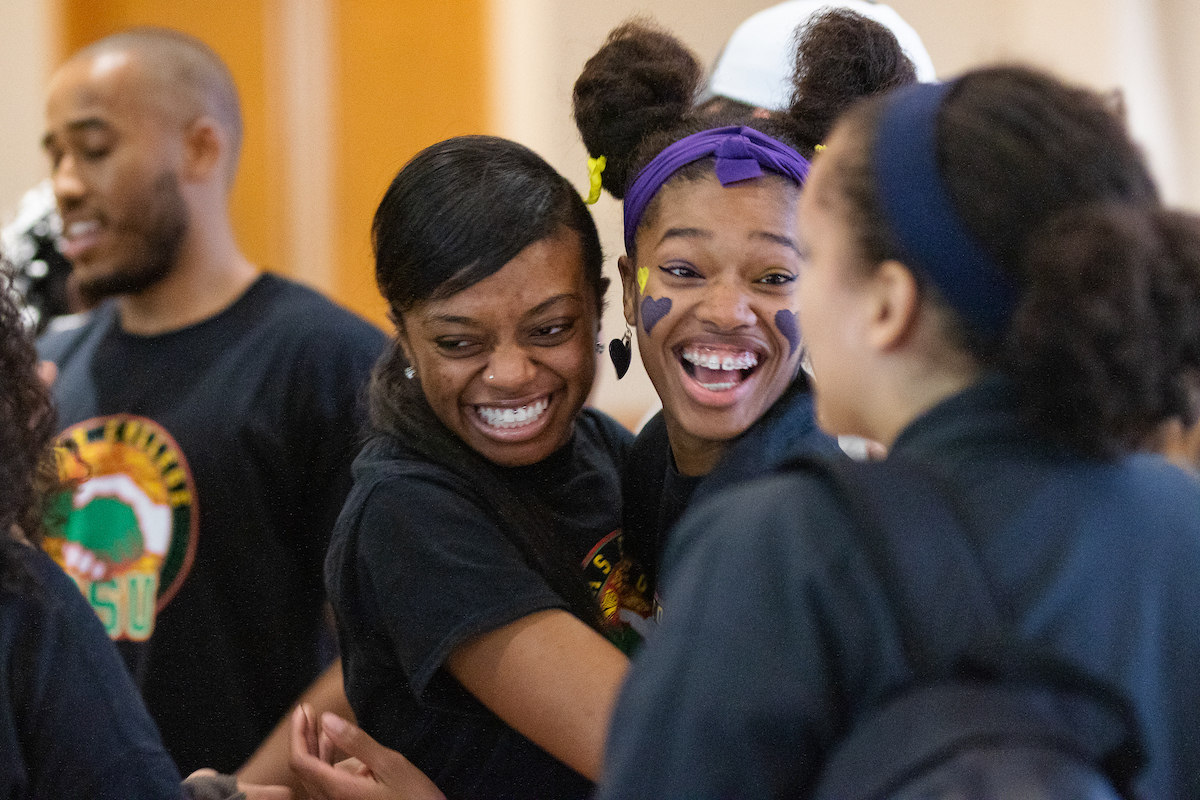 DUBUQUE, Iowa – For the seventh consecutive year, Loras College and its vast community of students, faculty, staff, alumni and friends, came together to celebrate Duhawk Day Wednesday, March 13. Once again, the Loras community came out in full support, totaling 1,895, 445 more than the goal of 1,450.

“I am still speechless,” Cayla Schneider, director of annual giving, said. “The amount of support and energy from the entire Loras community was incredible. Surpassing our goal of 1,450 donors and surpassing our stretch goal of 1,839 donors, set at 5pm on the 13th, speaks volumes about Duhawks everywhere.” Since 2013, Duhawk Day has provided an opportunity for the Loras community to come together and celebrate, unite and support Loras College with philanthropy at the core to better provide for current and future generations of Duhawks. Despite Facebook and Instagram being out of service during much of the day, Duhawks still managed to share their love and pride for Loras.

One challenge, sponsored by Kevin (’13) and Stephanie Meyers, tasked graduates of the last decade (GOLD) to give back to Loras with a goal of 225 donors.

“One of the things I was taught through my Catholic education and upbringing was that to be a good steward, you have to give back, whether that’s through service, time or money,” Meyers said. “Regardless of what other expenses we have our life, we still make it a priority to make a contribution to Loras. It was a place that helped shape me and gave a lot for me in my life.” Locally, Duhawks gathered at multiple locations including the Alumni Campus Center and 7 Hills Brewery, as well as regional venues in Atlanta, Des Moines, Chicago and Arlington, Va. among others.

In addition to the total donor count increasing from 2018 to 2019, several other groups saw increased donor involvement, including students, faculty/staff and parents.