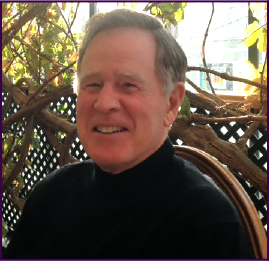 Jim Murphy (’67) became interested in poetry during his college years at Loras. His appreciation for poetry began 55 years ago. As a first-year philosophy major, he took a creative writing course taught by the late Fr. Raymond Roseliep (’39).

“Father Roseliep, by then, had long been recognized for his poetry and had published at least two books. As a student from a small farming community in northern Iowa, I thought it might help me academically to purchase his books and ask him to sign them. But when I actually began to read his poetry during that year, my interest was genuinely sparked,” Murphy said. “My exposure to this form of writing and expression is yet just another reason I value and cherish my liberal arts education from Loras.”

Though he wrote a handful of poems over the next 40 years, a 2004
thru-hike on the Appalachian Trail renewed his passion for writing poetry. “I’ve learned to follow my muse and embrace stretches of inspiration that have a way of coming and going,” he said.

He writes under the moniker “Grandpa Jim” – his trail name acquired on the “AT” after the birth of his first grandchild that spring. Jim and his wife, Char, a 1967 graduate of what was then known as Clarke College, live in Durham, N.C.